These latest patents range from, “Material Processing with Visible Raman Laser”, to the technology required to build these unique single mode visible lasers. NUBURU has also received several notices of allowances inclusive of the technology and the application of blue lasers to material processing and 3D printing.

“NUBURU’s IP portfolio is broad and deep,” said Dr. Guy Gilliland, CEO of NUBURU. “Industry analysts and organizations have recognized the strength of our technology and its IP portfolio, including StartUp Insight, who identified NUBURU as one of the Top 5 Additive Manufacturing Start Ups Impacting the Automotive Industry.”

NUBURU’s blue lasers provide unprecedented speed and quality control for metal processing operations, such as welding and additive manufacturing in a variety of growing industries like e-mobility and automotive, where materials such as copper, stainless steel and aluminum are increasingly critical. Previous technologies are inflexible, slow and produce poor-quality metal joints, but NUBURU’s industrial blue lasers leverage a fundamental physical advantage to produce defect-free welds up to four times faster than the traditional approaches — all with the flexibility inherent to laser processing.

“These patents firmly establish that NUBURU invented the blue laser technology for 3D Printing and material processing,” said Dr. Mark Zediker, Founder and Chairman of NUBURU. “The company portfolio widely covers blue laser technology, multimode and single mode as well as broad applications within 3D printing and material processing. 22 patents have been awarded to date, with 90 applications currently in process for a number of claims in excess of 4,000.” 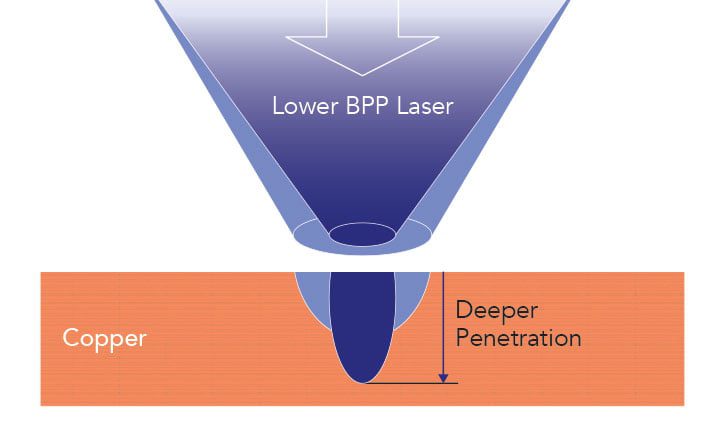 Brightness is a measurement of light power “concentration.”  Beam parameter product (BPP) is a laser specification indicating the beam “spread.”  For a given output power, the brightness is maximum when the BPP is smallest.

The trick, then, is to design a system that has both high power and a small BPP.  High power blue lasers combine outputs of many individual diodes.  It takes some clever engineering to do this without making the BPP larger.  That’s important, because once the BPP gets larger, it can’t be made smaller.

To optimize beam quality, the output of each of the many diodes needs to be circularized and collimated.  NUBURU does this with individual actively aligned micro-optics for each diode.  The individual beamlets are then spatially brought together.  That preserves the BPP while creating a high-power beam.

As an alternative, consider diodes in a linear array — a bar.  Even if circularized, the beams are spread out.  When collimated and combined with a single lens, the angular divergence gets very large.  The BPP is then dominated by the angular spread.  And, once lost, the BPP can’t be recovered.  Larger BPP means smaller brightness, and that leads to lower power density and consequently longer processing times.

You may not need to know the design details, but you need the end result: higher power density and improved performance. 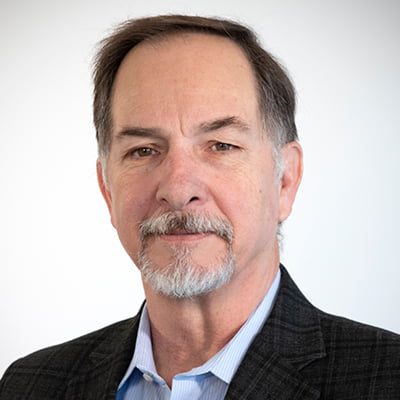 Dr. Zediker has over 30 years of experience as an entrepreneur. He has co-founded two other laser companies, Nuvonyx Inc. and Foro Energy Inc., and has successfully sold one of his companies to Coherent.

Mark graduated from the University of Illinois with a Ph.D. in Nuclear and Plasma Engineering in 1984; he received his M.S. in 1983, and his B.S. in Engineering Physics in 1978. 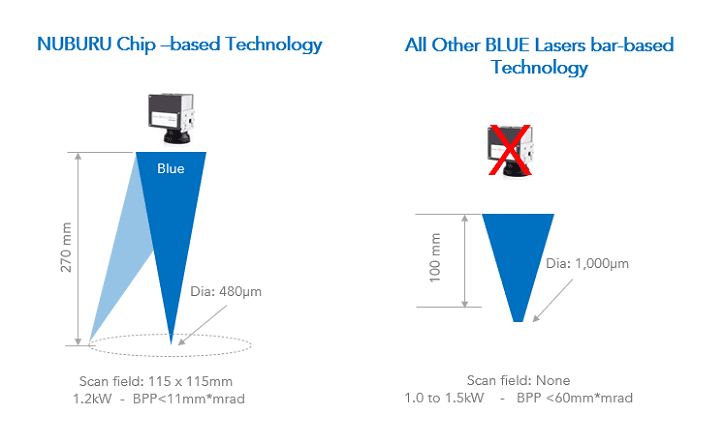 Many materials processing systems would ideally be addressed with scanning systems. The general architecture of a scanning system calls for the laser beam to be steered at different angles to cover a given area. Just tilting the beam, however, leads to asymmetries and variations in power density across the field. Those effects can be minimized by using an F-theta lens — a lens fabricated to compensate for distortions across a given field. The laser beam on the input side of the lens is tilted, and on the output side it is displaced across a flat field specific to the design of the F-theta lens.

F-theta lenses, however, inherently enlarge the spot size at the focus. Low divergence — that is, high brightness — becomes a critical performance parameter. Consider the industry standard field of 115 X 115 mm at a working distance of 270 mm. To address this with a 480-µm spot the Beam Parameter Product needs to be better than 12, that is, less than 12.

Why a 480-µm spot? Because a 1.2 kW laser in a 480-µm spot delivers a power density  under the threshold for introducing spatter and voids.

Integrated with such a scanning system, the NUBURU AI-series enables the highest possible processing speed for defect-free copper welding.

The Importance of Brightness

Fundamental physics provides the first necessary ingredient for the exceptional materials processing performance of industrial blue lasers, but it’s only the first step.  The efficiency of all materials processing applications depends upon delivering energy to a target. Higher brightness means higher power density, which leads to faster materials processing.  Brightness is not an inherent feature of any laser; it’s a feature that can only be achieved with the proper design choices.  NUBURU’s chip-based blue laser design is unique in the industry — and it’s why NUBURU offers the highest-brightness blue lasers on the market.